The Lost History of 1710
Man will occasionally stumble over the truth, but most of the time he will pick himself up and continue on.
-Winston Churchill

The development of endoscopy needed several stages before lifting off to become a clinically successful technology. But to the dissatisfaction of our logic-seeking minds, this multi-staged affair did not necessarily happen in a straightforward, linear fashion. Leaps forward were sometimes abruptly followed by staggering digressions backward. This brief story about the lost history of 1710 provides for an excellent example of just such an uncoordinated unfolding of history.

In 1710, the German Johann Michael Conradi, compiled a textbook on the evolution of optics, cleverly entitled The First Optical Instruments as Allegorical Depiction, which also included remarks about endoscopy’s history. Remarkably, Conradi’s work provides for an unexpected revelation, for it reveals that almost all elements necessary to make the endoscope viable existed at this very early juncture in time. Using the framework of optical technologies, Conradi outlined the roots of endoscopy and summarized the development of endoscopic technologies from the previous centuries. A number of optical instruments were depicted in fine detail. What is most striking is that, based on these diagrams, one can see that every single part necessary for Bozzini’s endoscope was in fact already available. Even many of the parts necessary for Nitze’s work were pictured. The full list of items included a prism similar to the one utilized by Trouve and Nitze, magnifying glasses, microscopes, lenses, a lamp case, and a conical mirror (both flat and curved) used for distorting, a feature necessary for future otoscopes and periscopes. Just missing from the list were galvanized wires and electricity, which naturally were not available during this 1710 time frame.

Perhaps merely a reflex of our modern minds, accustomed to rapid-fire change, but it seems nevertheless exasperating to note that nearly a century went by before a synthesis of these existing ideas could be achieved.

The 1700s – Coming Closer to Fully Resolving the Second Obstacle
Despite what appears to modern viewers as a dreadfully slow and leisurely progression of progress, a long continuum of unabashed curiosity luckily persisted well after Conradi’s work. All over the globe still many pioneers were pioneering away with tubes, probes, and pipes- whatever they could get their hands on really- to discover the secret energies and enigmas housed within the human form. Indeed, as early as 1706, the term “trocar” was apparently first coined, a word thought to have derived from trochartor troise-quarts, which describes a three-faced instrument consisting of a perforator enclosed in a metal cannula. Later in 1762, William Smellie of London, considered one of the most preeminent obstetricians of his day, treated asphyxia in newborns by inserting catheters inside the upper respiratory track, a procedure that necessarily followed endoscopic-like principles.

Turning Point – The Use of Lenses to Reflect Light
Remarkably, the use of biconvex lenses to redirect light was documented as early as 1729. In 1729, another British physician, Archibald Cleland, described a nasal illumination device that consisted of biconvex lenses placed in front of a wax candle in order to magnify and redirect the light. Though little more is known of the circumstances surrounding Cleland’s innovation, including whether he was in fact the first to use lenses in this manner, we do know for certain that his work represents an important turning point in the history of endoscopy, certainly a big step up from the early days of using drinking glasses filled with water! Though this milestone is rarely mentioned in other histories of endoscopy, it is a significant first that brought the field closer than ever to modern-day techniques.

Milestone Achieved – Endoscopic Visualization of the Eardrum
Using similar techniques as Smellie and Cleland, the German physician, Samuel Vogel, circa 1780s, is credited as the first ever to view the eardrum in a living patient, by using a small plane mirror to reflect sunlight into the auditory canal. This marks a defining moment in endoscopy’s history, for this represented a synthesis of medical knowledge which finally led to visualization of a more difficult to reach internal cavity.

Precursors to Laparoscopy
Precursors to laparoscopy were slower in developing than other endoscopic specialties. Even so, like the ancient physicians before, surgeons continued their efforts to treat kidney, bladder and gallbladder stones with the use of an abdominally placed trocar. The trocar itself was designed to not only help guide the probes placed inside the urethra into the correct bladder location, but also were used to keep the bladder empty. However, this approach often led to complications because the trocar would get clogged. To overcome this problem Domenico Masotti of Florence designed a new trocar in 1756, which came equipped with drainage canals. Amazingly, these same design principles were alive and kicking some 200 years later when Reuter “reinvented” the technique using the low pressure “TURP” trocar lithotripsy.

The Chapter of Unsung Milestones – A Few Cases of Overlooked Innovations
Modena, Italy, 1780: – Early attempt at Gastroscopy!
L. Spallanzani was apparently the first documented to insert what he described as a metal tube into the stomach of a living animal in order to observe its viscera.

Paris, France – 1743
While many countries contributed to scientific progress during this era, France in particular was considered one of the most important centers within Europe for science and medicine. The work of another Frenchman, one of the most intriguing innovators of his time, has been actually almost lost in historical obscurity. Appointed to the French Royal Society for both surgery and obstetrics, the obstetrician-surgeon Andre Levret (1703-1780) was an esteemed practitioner and innovator whose imaginative energies led to the invention of numerous surgical techniques and instruments. In 1743, Levret described a novel specula used to facilitate the ligature of uterine polyps and which combined the dual features of reflection and illumination, a similar concept to the one so famously introduced 50 years later by Bozzini. Though this discovery has not been given great coverage in many histories of endoscopy, this development actually was an extraordinary milestone, for it marks one of the earliest documented cases- perhaps the first– of a therapeutic endoscopic procedure using reflected light other than sunlight. Levret was also one of the earliest known pioneers to have invented an instrument with the correct angles for viewing the larynx indirectly.

Levret’s many other innovations, including improved forceps and cesarean techniques, enjoyed tremendous prestige during his life and today he remains honored as one of ob-gyn’s greatest figures, considered second only to Smellie. Yet Levret’s reflecting-illuminating device apparently failed to capture the attention of the world in the same way as Bozzini’s similar invention did just a few decades later. Of course, it may be an unfair comparison to view these two different developments using the same yardstick. Even so, the fact that Levret’s work is almost entirely overlooked in many accounts of endoscopy’s history is an unusual point that calls for a moment of reflection. This brings us to the next chapter, which attempts to provide insight into such disparities within endoscopy’s history. 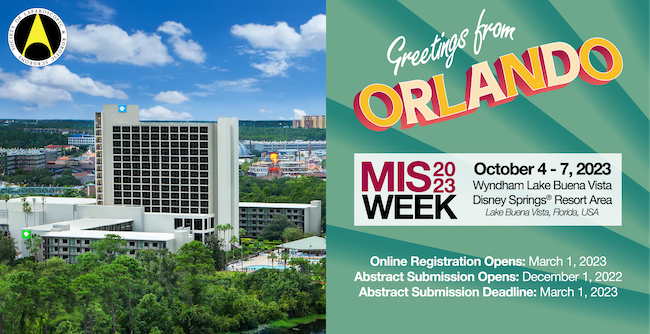