Dr. William E. Kelley, Jr. is a graduate of the Boston University School of Medicine, and completed his general surgery internship and residency at the Medical College of Virginia in 1978. He was a Fellow of the American Cancer Society at MCV (1975-1976), and completed a fellowship in surgical oncology at Boston University in 1980. Since that time he was in private practice with the Richmond Surgical Group, Richmond VA until his retirement in October, 2017. He was director of general surgery for the Center for Surgical Innovation at Henrico Doctors’ Hospital.

Dr. Kelley has been active internationally in the field of postgraduate surgeon education in minimally invasive surgery since 1990. He performed the first robot-assisted surgical procedure in the United States following FDA approval. Dr. Kelley has contributed over 200 papers and presentations in the fields of surgical oncology, minimally invasive surgery, image-guided breast surgery, and robot-assisted surgery, and textbook chapters in laparoscopic antireflux, colon and spleen surgery. He is an editor of the Journal of the Society of Laparoendoscopic Surgeons, a Past President of the Society of Laparoendoscopic Surgeons and 12-year past-member of the Board of Trustees of the SLS.

DR. JIXIANG WU is a chief physician, professor and doctoral supervisor. He graduated from the medical department of Beijing Medical University in 1983 and went on to the University of Pittsburgh as a visiting scholar from 2001 to 2002.

He has undertaken the research projects of the Capital Medical Development Research Fund, such as “Clinical study of CK20, CD44 and micro metastasis in patients undergoing laparoscopic radical resection of colorectal cancer”, “Clinical Study of Suspension Laparoscopic Radical Resection of Colorectal Cancer”, ” Development and Clinical Research of Airless Abdominal Laparoscopic Device” and the National Natural Science Foundation of China “The study of decoy receptor 3 small interfering RNA inhibits the growth and metastasis of colon cancer cells” . More than 60 papers have been published.

Dr. Thiers Soares Raymundo is a member of the Society of Laparoendoscopic Surgeons (SLS) and Global Society of Endometriosis and Pelvic Pain (GSEPS). He is also a member of the first Team of Robotic Surgery in Gynecology in Rio de Janeiro, Brazil.

Camran Nezhat, M.D. has been called the father of modern-day surgery for inventing and pioneering video-assisted endoscopy. His developments have revolutionized surgery, and he has been the first to perform many of the most advanced laparoscopic surgical procedures. Early on he advocated and proved that the majority of the open procedures of the time could be performed via minimally invasive techniques. By doing so, he opened the door for surgeons all over the world to advance the field of minimally invasive surgery and help their patients. 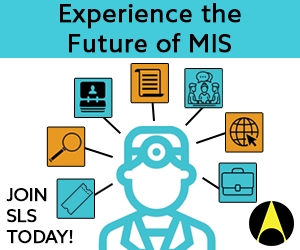 This website uses cookies to store information on your computer. Some of these cookies are used for visitor analysis, others are essential to making our site function properly and improve the user experience. By using this site, you consent to the placement of these cookies. Click Accept to consent and dismiss this message or Deny to leave this website. Continuing to browse the website without selecting one of these options will automatically cause acceptance of the use of cookies. Read our Privacy Policy for more.AcceptDeny